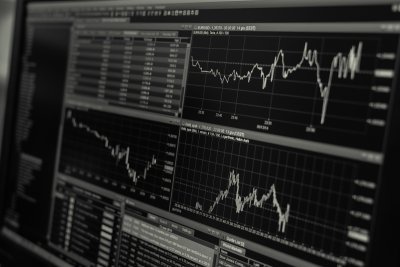 In one recent issue of the National Mortgage News publication there were at least six  separate news reports of downgrades in securitized certificates by Moody’s Investors Service and Fitch Ratings due to several factors including; declines in overcollaterization, monthly losses that exceeded excess spread resulting in a deterioration in the amount of overcollateralization, and low credit enhancement levels due to higher than anticipated loan losses.  One potential outcome could be that these securitizations would now be more vulnerable to defaults.  The downgraded certificates were owned by Ameriquest Mortgage Securities, Argent Securities, GSAMP, GSMPS Mortgage Loan Trust, J.P. Morgan Chase Commercial Mortgage Securities Corp, and Residential Accredit Loans, Inc.

In a recent US Structured Finance Newsletter issued by Dominion Bond Rating Service, they issued a statement that although performance is weakening throughout the subprime sector, “the 2006 vintage is distinguishing itself as one of the worst performers”. They graphed the 60-days-plus delinquencies (60+ DQs) for the 2003 through 2006 vintages at 11 months of seasoning. Their results reported that “60+ DQs are 25% higher for the 2006 vintage versus the 2005 vintage and approximately 66% higher versus the 2003 and 2004 vintages. The weaker performance of the 2006 vintage can be attributed to several factors, including the fact the more loans in 2006 were made to first-time home buyers, stated wage earners, borrowers who finance 100% of the purchase price (“piggybacks”) and those who opt for 40- to 50-year amortization mortgages to reduce their monthly payments.

How are these two news events related?  Let me propose to bridge the two articles.  When securitizations are issued, their residual cash values result in much needed cash flow to support and maintain operations and business functionality for many related business units.  As these securitizations under-perform and are downgraded by third party rating investment rating agencies, the result (oversimplified) is a significant reduction in residual cash flow, compounded by a limited exit strategy for these certificates due to the increasing underperformance of the underlying collateral in the current marketplace.  The impact to the businesses relying on the cash flow to fuel their businesses can be significant and in some cases fatal, as these securitizations will stop producing much needed cash to their issuers.  As the subprime market continues to announce record loan losses and early payment default statistics, it is unclear when and how the bleeding will stop with regard to the widening underperformance of securitizations and subsequent loss of cash flow/revenue to their issuers who may rely on it to stay solvent. Only time will tell us whether this was a short term phenomena, or a major economic downturn event.